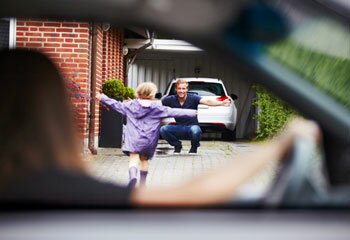 Today in Ohio when two parents are equally responsible for the decision-making and parenting decisions involving their children, it’s called “shared parenting.” This was once known as joint custody. The terminology may have changed over time but a few common misconceptions remain.

Parents with a joint custody arrangement do not necessarily have equal time with the children. In the past, fathers would often visit their children at the mother’s residence and make child support payments. Not today. More and more fathers have a greater influence on their child’s life, even after the end of a marriage.

Perhaps you struggled with alcohol or drug addiction when your children were little and lost custody rights, and the other parent gained what is called full custody. You worked through your own challenges and have been clean for years. The children are now older, and you seek to have increased visitation rights. An attorney can help.

On occasion, the passage of time is enough to warrant revisiting a custody situation. The needs and responsibilities that accompany the care of an infant or toddler are much different than those for a teenager. Or when a parent experiences an illness or incapacitation, this warrants revisiting custody arrangements because the change in circumstances for decision-making involving children is so great.

Joint custody does not always change visitation rights. But it can change your say in important matters, such as what school the children go to, whether your ex can move out of town with the children, whether you have the right to attend parent-teacher conferences and more. You have a right to increase your responsibility and role in your child’s life.

Just because a custody arrangement was determined right after your divorce does not mean the arrangement is final. An attorney can look at your specific case, desires and needs and help you determine whether you have a strong case to argue for joint custody.

Susan is a vigorous advocate for her clients, providing quality personalized legal services to both men and women involved in either domestic or juvenile court. With

a background in social work, she brings an added dimension of sensitivity and insight to this emotionally charged area of law.